Gone are the days when teenage boys ask teenage girls out on dates. Gone are the days when boys go pick girls up at their house, with flowers in hand, meet their parents, take them to dinner and a movie, and then take them back home. Nope, that doesn’t happen anymore. Now the teen “dating scene” is consisted of making out at parties, and maybe becoming boyfriend/girlfriend later; or maybe never seeing each other again.

Sure, I suppose there are still some gentlemen out there who still take girls on dates. But unfortunately, “hooking up” is becoming the norm among young people. Hooking up isn’t by any means a new phenomenon, people have been doing it for ages. But this is the first time that hooking up has been the norm instead of dating.

“Hooking up” refers to anything from kissing to sex, and everything in between. It is called hooking up when the two participants aren’t in a relationship with each other. It is essentially just casual sex, or casual whatever, with someone you aren’t committed to. Some other related terms are “messing around,” and “friends with benefits.”

About two-thirds of teenagers today say at least one of their friends has hooked up with someone, and about 40% of them say they had sex while hooking up. Studies show that kids as young as 12 years old are hooking up.

Why is this the norm now?

So, why is hooking up a bad thing? Isn’t it okay to have fun while you’re young? Uh, well, for one thing, hooking up with several people you hardly know could result in you getting a sexually transmitted disease. For another thing, many teens who hook up get overwhelmed with unexpected emotions, whether they develop strong feelings for the person they hooked up with and that person doesn’t feel the same way, or they feel guilty and dirty after what they did. Teens who have casual sexual relationships are also much more likely to experience stress and depression than teens who are in committed relationships. So, sure, it’ll be fun in the moment (maybe)… but then you’ll have to deal with the consequences later.

Don’t hook up just because you feel like everyone is doing it. Really, have some respect for yourself. Don’t you want to experience that kind of intimacy and romance with someone you’re actually close with, someone who actually cares about you? Take care of  your body and your heart. Don’t give them to anybody who comes along. 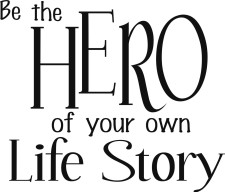 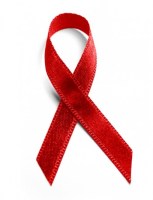